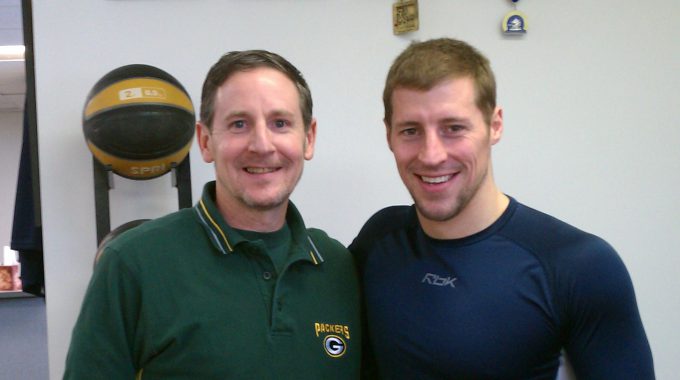 Former Cornell University ice hockey star Cam Abbott was enjoying his 3rd season playing for Lulea, Sweden, of the Swedish Elite League until he was knocked unconscious from an incidental hit to the jaw by the helmet of an opposing player. The 2006 Cornell University graduate spent the next 9-weeks off the ice hoping to get back but, recurring headaches kept him off the ice.

At that point, he sent an email to reestablish contact with Dr. Buchberger, who had successfully treated Cam for a similar injury during his playing days at Cornell University. From there, the wheels were put in motion to take a trip across the Atlantic to see if Dr. B. could be of similar help with this injury. After a conversation with the head physiotherapist for the Lulea team, Cam booked a flight.

Once Cam arrived in the states he received daily treatment and practiced twice a day with his alma mater, Cornell University. By week’s end, he was feeling good enough to start requesting clearance for playing time. Dr. Buchberger recommended another 10 days of accommodation time and reevaluation by his team doctors to make sure he had reached base line status and was ready for the rigors of collision sports.

Buchberger travels to Germany with US Bobsled and Skeleton Teams

On September 10, 2011 Dr. Buchberger was invited to speak at the Colorado Chiropractic Association…