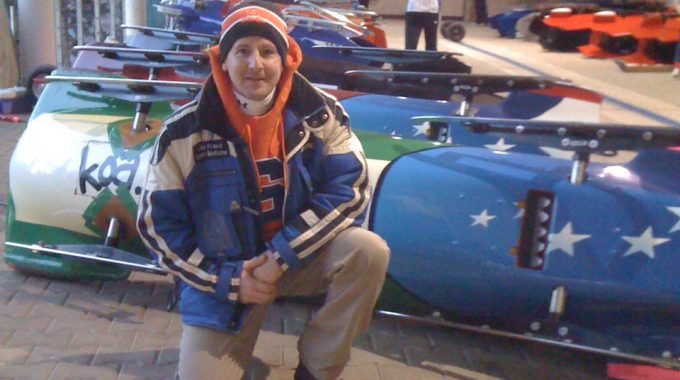 In early November 2011, just before Thanksgiving, Dr. Buchberger received an unexpected phone call from the United States Olympic Committee (USOC) with a last minute request to travel to Koenigssee, Germany with the US Bobsled team for the Europa Cup. After consulting with his family they gave their overwhelming support for Dr. Buchberger to accept the honor.

The events consisted of the skeleton, two-man bobsled and four-man bobsled. Day 1 of the Koenigssee race, Brad Stewart of the US Skeleton team led the US with a 7th place finish. This was the first Skeleton race of the 2011-2012 season. Day 2 the two-man Bobsled team of Steven Holcomb and Curt Tomasevicz finished just shy of a medal in 4th and John Napier and Johnny Quinn put forth their best effort for a 13th place finish. Brad Stewart of the Skeleton took a bronze medal on Day 2 during the second race of their season and his first international medal. Two –man Bobsled team of Holcomb (2010 olympic gold medal winner) and Steve Langton landed a silver medal that day. Day 3 the four-man Bobsled team finished in 4th.

Dr. Buchberger provided chiropractic and physical therapy treatment primarily to the men’s bobsled team during the tour. “It was an amazing experience, it was great to work at an international event with world-class athletes and have an opportunity to represent my country abroad.”

The United States Bobsled and Skeleton Federation is based in Lake Placid, NY where the World Cup Bobsled championships will be held this February.

On September 10, 2011 Dr. Buchberger was invited to speak at the Colorado Chiropractic Association…