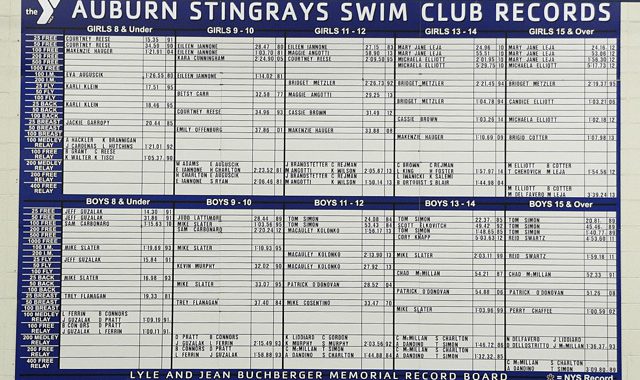 On Friday March 21st the Auburn Stingrays held their yearly awards banquet and the swimmers were collectively presented with a gift from Dr. Dale Buchberger and his family; a new record board was recently placed on the wall at the Auburn YMCA.

Dr. Buchberger’s father passed away in 2009 and more recently his mother passed in May of 2013. Given his parent’s involvement in youth sports over the years, the Buchberger family felt it was fitting to donate the new record board as a memorial to Dr. Buchberger’s parents. The board is aptly named the “Lyle and Jean Buchberger Memorial Record Board”.