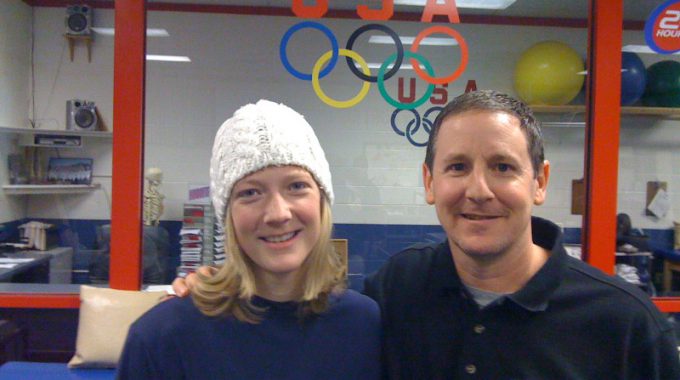 In the Early 1990’s Auburn Chiropractor and Physical Therapist, Dr. Dale Buchberger chased a dream of running for the Olympic Marathon Team. That dream fell short do to injury. He then set his sites on going to the Olympics as part of the US Olympic Medical Staff. That dream came one step closer to reality when he was chosen to complete a 2- week volunteer rotation at the USOC training center in Lake Placid, NY. Dr. Buchberger spent the two weeks from January 18th to February 1st treating Olympic athletes from the US Freestyle ski, bobsled, skeleton and luge teams including others. His credentials and performance will now be reviewed against other volunteer medical staff. If the review is favorable he will receive a call to provide services at a USOC endorsed International event. If all goes well in step two some time in early 2012 he will find out if his Olympic dream has come true. If it does he will join the US Olympic team in London, England for the 2012 summer games.

Dr. Buchberger has a very diverse background and his reputation and hard work has gained him trust from patients and colleagues around the world. He has a Master’s degree in Physical Therapy, Doctor of Chiropractic degree and certification as a strength and conditioning specialist. In addition to the Olympic rotation he spent the summer treating the NY Jets at training camp, Dr. Buchberger is completing his 4th season as the chiropractic consultant to the Syracuse University Athletic department, entering his 11th season as chiropractic consultant with the Auburn Doubleday’s, his 6th season with the Syracuse Chiefs, and will be continuing as the Strength and Conditioning coordinator for the Auburn Stingrays YMCA swim program. Dr. Buchberger was also named 2009 sports chiropractor of the year by the American Chiropractic Board of Sports Physicians (ACBSP®) earlier this year.

Buchberger pronounced VP of the ACBSP

Congratulations to Dr. Buchberger for being elected Vice President of the American Chiropractic Board of…